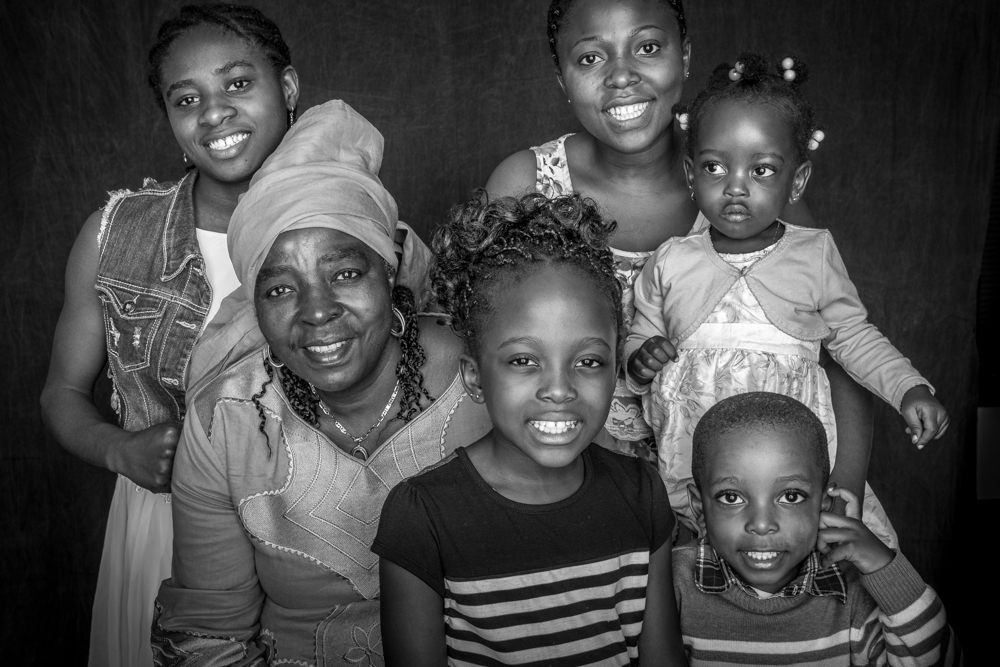 It is because of supporters like you, that Ayuda was able to help save me and my family and put us on the path to recovery.

In 2004, my family and I were separated. I was 19 years old and civil war had plagued my home country of the Democratic Republic of Congo (DRC). After I had to flee from a refugee camp in Burundi, a man claiming to be from DRC offered me help. I later learned he was a part of the Rwandan militia army, those responsible for the Rwandan genocide.

At first, he was kind, but he soon became violent. His abuse became increasingly brutal and frequent. This is when I realized I was being held captive. He forced me to work and continued to abuse and rape me.

After eight years of captivity and abuse, I escaped with my two young children. A truck driver drove us to Burundi, where family friends helped me get to the United States Embassy.

At the U.S. Embassy, I learned that my mother and some of my siblings were alive and living in the U.S. I made the difficult decision to go to the U.S. alone, leaving my children in the care of a family friend in Burundi. I entered the U.S. in March 2013 and was immediately reunited with my family.

Today, I am working full-time as a caregiver, and my kids are attending school. In July of this year, my children and I became US citizens.

This is why Ayuda matters: Ayuda helps immigrants access justice, recover from abuse, and rebuild our lives.

I promise you that my life today honors your support. From the bottom of my heart, I hope you will give to Ayuda. Please, give generously to Ayuda and support immigrants like me, today.

P.S. I was a refugee, a mother who escaped extreme physical and sexual violence. Ayuda helped me. Today, I am a mother and nurse — safe, grateful, and hopeful. Please, give what you can to Ayuda.

*Name has been changed to protect the identity of the client. Photo pictured not representative of client.

Ayuda is excited to announce that as of Tuesday, September 1, 2021 we have a NEW DC office! Ayuda will no longer be operating out of our 6925B Willow St NW nor our 1413 K St. NW offices.